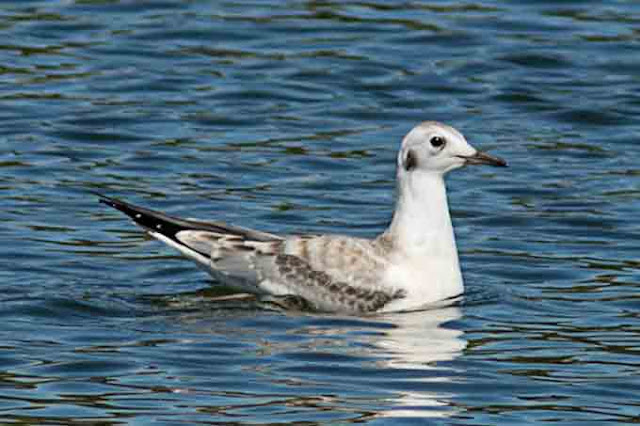 A few Bonaparte's Gulls have left their boreal forest breeding grounds - the ONLY gulls that build nests in tree - and have headed south. Some will spend the winter in areas near Lakes Ontario and  Erie, and the southern tip of Lake Michigan, but others will head further south to places such as Texas, Mexico and Cuba. 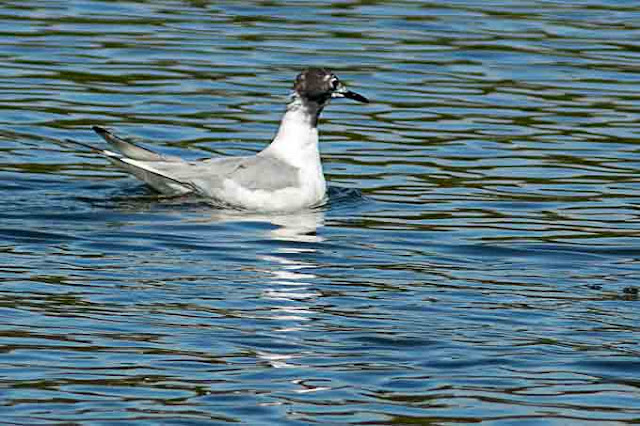 When breeding they eat mostly insects, but here they are feasting on  large invertebrates and small fish. They DO NOT eat garbage or carrion as some other gulls do. 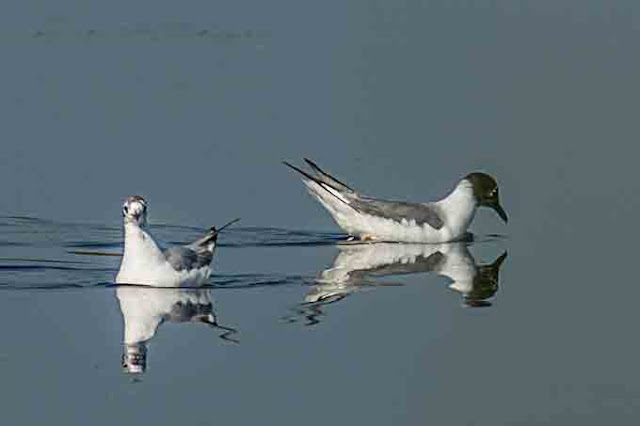 Adult (on right) in breeding plumage

A cut above your average garbage-collecting seagull. :-)

They look much classier than the regular beach gulls...:)JP

Pretty captures of the gulls, I have not begun to try to id the gulls. Just the juvenile gulls are confusing to me. Have a happy day!

Love the last shot with the reflections.

What a funny looking gull!

amazing reflection shot. love it... and they are certainly much more handsome that the Other Bonaparte

Not a bird I have ever seen...but they are gorgeous.

Beautiful birds, and not one I knew about.

They certainly are distinctive!

Very interesting gulls - I don't think we have them here so nice to see a different type.

It was great to see the juv. as well as the adult and the relfections were wonderful

Napoleon would be so proud!

Great photos of the gulls with the different plumage.

Who wouldn't want a family name like that?
The 3rd photo, with the reflection in the water is A+!
Have a Happy Week, Tina!
Peace :)

You had my attention at "boreal forest breeding grounds." What an interesting and amazing gull and I so admire their more refined eating habits. I love all the different birds you introduce!

Very smart looking gulls, and I've learnt some interesting facts about them. :-)

I'll be watching to see if they come through here (northeast Mississippi) on their way farther south. We often see gulls just north of us on the Tennessee River.

Nice post on this beautiful gull! I love watching them hover and "pluck" a meal from the water's surface instead of a headlong crash like other gulls.