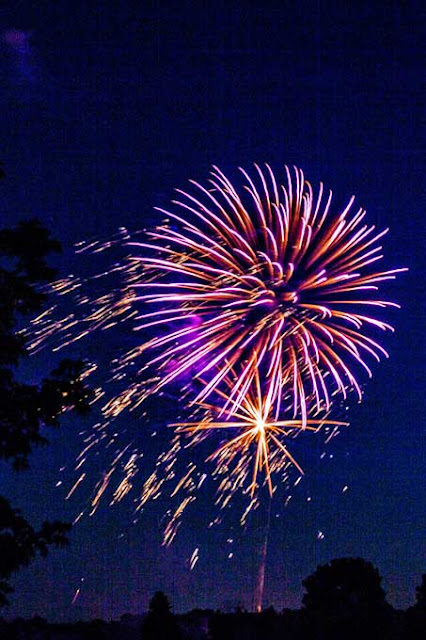 F is for FIREWORKS

Would you believe a Chinese cook discovered fireworks. Legend has it the cook discovered that in a small space a mixture of saltpeter, sulfur and charcoal was explosive.  What a nasty surprise! 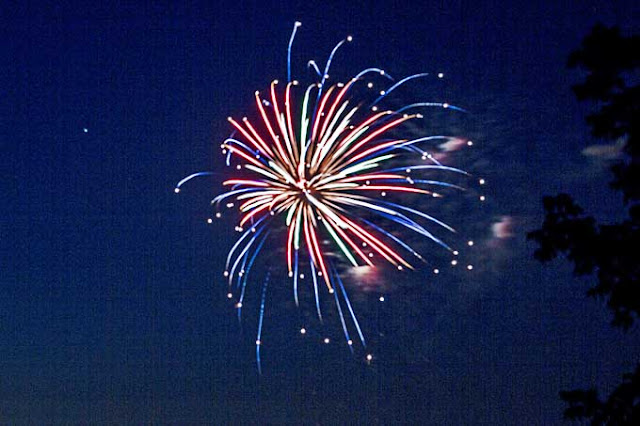 Magnesium, aluminum and titanium give off white sparkles

Apparently the Mongols took the mixture to Europe as gunpowder, the first records going back to 1258.  But during the 19th century. colour was added: 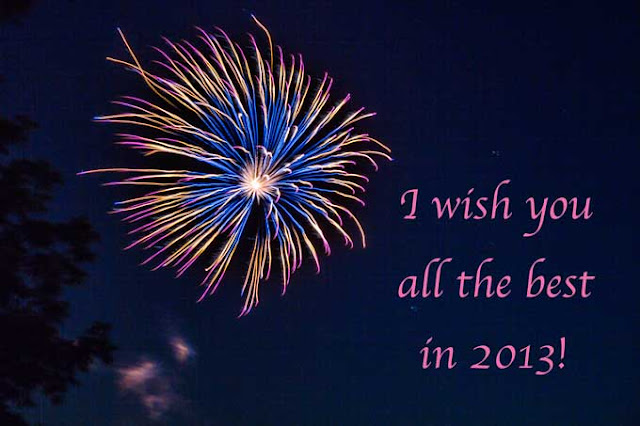 I am linking to Jenny Matlock at Alphabe-Thursday HERE
Posted by EG CameraGirl at 6:09 AM

thanks for the info, i had no idea when, where or how fireworks came about.

Interesting all the colors.

I wonder if some colors are more expensive than others—I rarely see blue fireworks here.

I hope you had a wonderful Christmas!

These are fabulous fireworks shots! I've never had the opportunity to photograph fireworks. That surprises me too!

i bet we'll have some around here again for new years. :)

Pretty fireworks and perfect for welcoming in the New Year!

Pretty fireworks. Thanks for the info on how they were invented and how colors were added!

Gosh, those are pretty. I haven't had much luck so far in photographing fireworks.

The fireworks are gorgeous but I love the blue of the sky even more!

Very interesting and informative! Well, I better get off here and work on my Alphabe-post for this week!

Great photos, and very interesting facts about fireworks. Have a wonderful New Year's!

From high school, I knew the ingredients were common, but they never told us what they were. Could it be because I went to an all boys' school? I'm sure these guys would have experimented if they knew. Not me... I'd rather keep all my fingers, thankyouverymuch.

We had a very nice quiet, low key Christmas. I hope yours was all you wanted to be.
Much happiness in the New Year. MB

Thanks, I learned something new with your post...
Happy Happy New Year to you
and your family.
Sandy

Beautiful pictures! Here's to a wonderful 2013!

Spectacular shots! I love fireworks, and you've captured them beautifully!

great firework shots! (mine rarely turn out)~ Happy 2013 to you.

I love fireworks. And your photos surely show why! Lovely images.
And a happy 2013 to you also.

(A Creative Harbor ~ aka ArtmuseDog and Carol ^_^)

Wow...who knew all this great information. All I know is I love fireworks!! Thanks for sharing. Beautiful images..
Laurie

Very elucidating post! Interesting to learn about this!
Wishing you as well a great 2013!
God bless you!
Cezar

a nasty surprise for the cook! a wonderful discovery for us!
I do love fireworks!

I didn't know any of this.

I thought it was just weird manufactured chemicals that made all the colors!

I can hardly wait for the 4th of July to impress people with my knowledge!