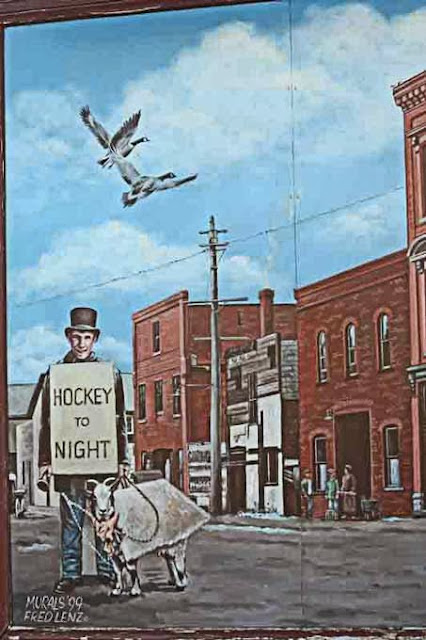 It probably depends how old you are as to whether you think a century ago was the recent past (yesteryear) or a long time ago (yore).

FYI: On March 3, 1875,  the first organized game of ice hockey was played in the city of Montreal. 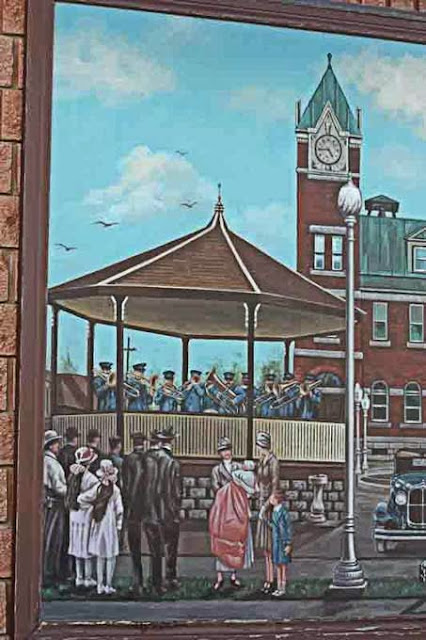 Above you see entertainment before TVs or the internet. The top two photos are of murals created by artist Fred Lenz who painted many murals depicting life in days of yester...er...yore (or maybe "yester-yore" - somewhere between recent past and a long time ago?) in towns across southern Ontario. 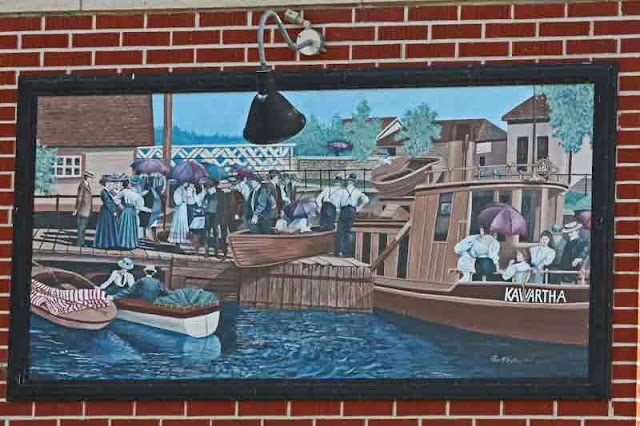 
Here you see boating as it was experienced in days of "yester-yore". I'm not sure who painted the bottom two murals. 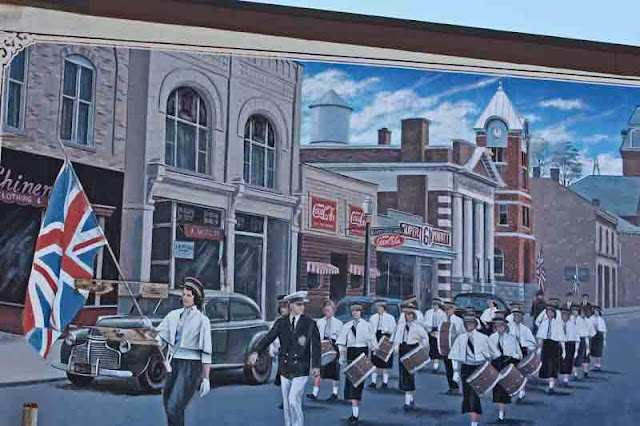 Posted by EG CameraGirl at 5:53 AM

Love the mural and the tidbit of ice hockey history.

A great collection of murals. I am trying to figure out the goats role in the hockey picture.

Those are great. An interesting perspective on our history.

It seems that very many interesting things happened Yesterday. And You had some very nice murals to document the. Much better than Facebook.

Whichever 'yore' it is, they are a great way to depict days gone by!

i like that last mural a lot, someone did a super job of painting it. they are beautiful and i did not know about the beginning of ice hockey

There are a couple of murals in Tottenham Ontario too, but sadly peeling and faded. Some TLC needed.

You found some nice murals! And, "yester-yore"...what a great word!

I must be old because I think a century ago wasn't that long ago! Those are some beautiful murals, rich in history and culture.

Good choices for the day! Hockey is such a big part of Canada - hard to believe it is only that old.

Those murals are really wonderful and tells a lot about local history in a pretty way!

Cool murals- I really like that first one a lot!

Beautiful murals! What a talented painter...look at the detail!

I think I've seen that one in Lindsay...

HI A wonderful collection of murals.

Those are just great murals. I love it when towns do the mural thing.
I think 'yester-yore' fits the bill quite well. MB

Wonderful murals. They sure make me wish I could step back in time for just a little while.

These murals are beautiful so full of detail....The hockey tidbits were fun to read.....

"To" "Night." I like. Great collection of murals. And no, a century isn't that long ago! My father was born 110 years ago!

I'm not saying when I was born.

P.S. Am on hiatus for awhile. See you later!

Perfect for the letter Y, and those murals are amazing!

Exquisite - particularly love the first one!

Beautiful murals, I love that first one, especially since my husband and boys played hockey.

The Leaf fan in me loves that hockey mural!

That's a creative Y. I'm a nostalgia lover so these murals were just for me. xo Jenny

I didn't know any of that about hockey!

I've actually gone to a few events. Once with ring-side (or is that glass-side) seats.