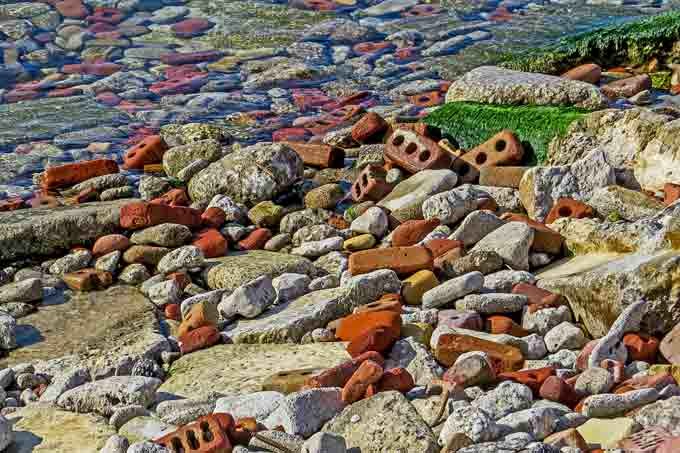 Rubble at the park

R is for RUBBLE.

On the northern shore of Lake Ontario in Toronto lies a treasure called Colonel Samuel Smith Park, much of which is built on rubble landfill such as bricks, concrete and rebar. 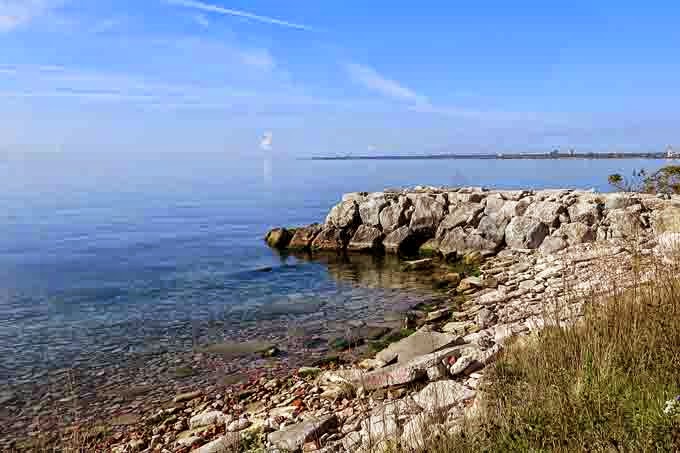 Part of the park's coastline

It's now a lovely park that boasts easy-to-walk paths and abundant wildlife, wildflowers and trees.  My husband and I like to visit the park because it's a dedicated bird sanctuary and a great place to take a camera. 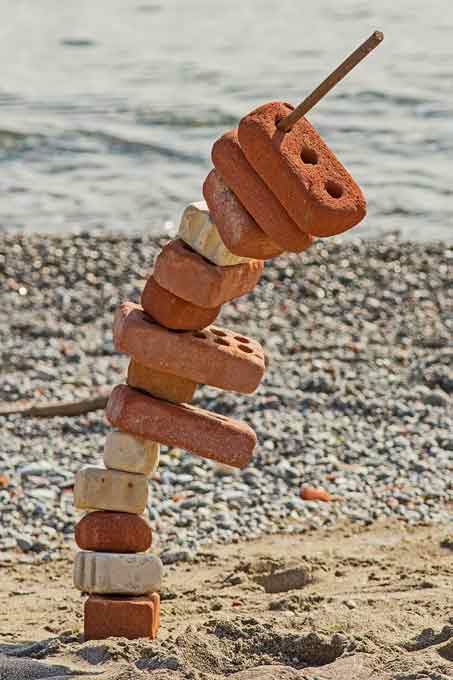 I didn't see who built this but I'm imagining a couple of kids...or perhaps an adult who's a kid at heart. 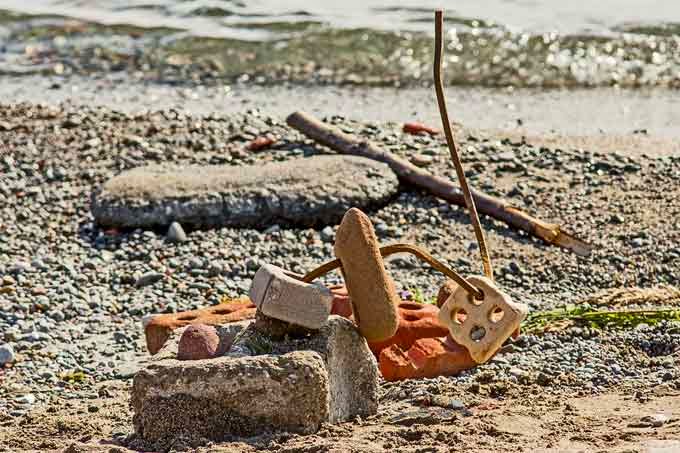 I am linking to Jenny Matlock at Alphabe-Thursday HERE
Posted by EG CameraGirl at 4:30 AM

How wonderful to build a park and bird sanctuary from rubble. Of course, good photo ops for photographers ! Thanks for sharing. Jo

I am always happy to see a bird sanctuary.. The rubble art is cool! Pretty shots of the beach!

From rubble to park and sanctuary : a good and beautiful story !

It's beautiful story and photos!
Nice to see it!

I do like the rubble art as it seems more environmentally friendly along the beach than the plastic rubbish we also sometimes find.

i love the coastline shot. luv the rubble art. we were traveling lately so i am sorry i have missed your posts. hope you are well. ( :

i will be sharing lots of our Canadian trip ... it was a real blast.

we saw lots of rock stacks ... they even said in a few places - please don't move any rocks. i guess some folks find them not very zen. ha. ha!

Curious to see rubble like that, but when you explain the purpose, it becomes acceptable.

So colourful! I'm loving the rubble art but I can't help asking: if it were in Ireland, would it be Blarney Rubble?
Okay, I'm going...

my favorite is the first shot, that is amazing and what a great idea to use it to rebuild... cool art to. i like both pieces..

A great place indeed!! Love the rubble art, creative to say the least! Wonderful post for the day, as always, EG!! Hope your week is going well!!

All shapes and sizes and colours going on there!

Interesting to see what people have done with the bricks. Some folks are very creative!

Looks like a nice place to spend some time.

I like the coastline shot and the "rubble art" is fun. Many of the bird reserves around here are old sand and gravel pits.

I like the first shot where the stones appear to be all different colors. Your blog always makes me miss Canada. :)

I enjoyed viewing the great rubble art and wonderful images!

Sometimes trash turned into treasure can be a good thing!

"Rubble" can be quite colorful! And yes, it's probably meant as art:)

It is a great place! A friend has made several art pieces from bricks with holes in them that he collected on the Leslie St spit over the years. There is such a warm and soft feel to them.

Beautiful place for a sanctuary- and some cool rubble art, too!

It's so pretty for rubble. But not really a safe place for kids.

I kind of like the rubble art. It's cool!

Lots of great rubble in your unique, creative and pretty photos for R ~

artmusedog and carol (A Creative Harbor)

I like those old bricks. How interesting to see the rubble art. And as always...great photos my friend! Hugs!

Love the bricks. They would make for nice garden art.

Definitely rubble art...not bad for rubble, either. I could handle walking there.

Best looking rubble I've seen in a while. Nice use for discarded rebar as far as I am concerned. Rubble Graffiti anyone?

Wow, Colonel Samuel Smith Park looks wonderful place and great both of you can enjoy the nature or birds there♡♡♡
Great rubble art, too.

Sending Lots of Love and Hugs from Japan, xoxo Miyako*

I like that rubble art, lets you know someone with a creative spirit visited.

A very interesting park/beach. I like the 'art' and the well worn bricks. Really cool looking!

looks like a wonderful p[lace to walk!! I love the rubble art! I never would have thought to create something like that!

Geez, I live somewhat local, and never been there. Gonna have to go check it out! Looks neat!

Oh no the second piece of art buckled under the pressure :)Good to see something beautiful created out of the landfill EG!

Thought the first shot was of a mosaic but thee read the blog...great subject! Rubble! Always enjoy my visit♪ http://lauriekazmierczak.com/red-peppers/

What a great spot. I love the bricks, the rubble idea, not so much!

Wow what an interesting place. I am sure you can get some great shots. Thanks for sharing. I linked too at Jenny's.
Have a great Friday.

I'm liking your "Rubble Art", Ms. T.G. It might not be real pretty but it uses what those people had to be creative. Really though, rubble not picked up and that strewn in public places is really messing things up.
..

That would be a fun place to visit, because you never know what you might find!

Magnificent blog, with extraordinary photo, perfect and processed to provide a great beauty.

What a wonderful idea! I love the fact that it is so colorful. Love your photos!!

these are unusual rubble blocks.

Love your top photo of rocks - great texture and composition. Draws me in.