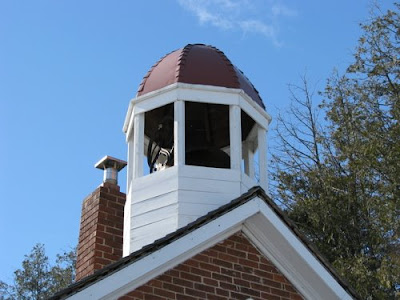 This old schoolhouse built in 1881 is proof of North Gwillimbury’s past existence. The building is now used as a daycare centre. 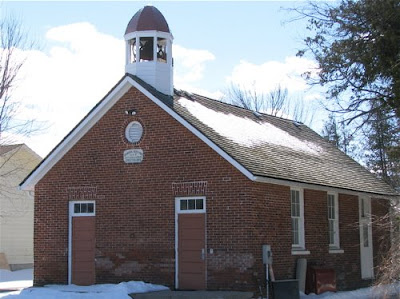 Notice the two front doors: one for girls and one for boys. I guess cooties have existed at least as far back as 1881!
Posted by EG CameraGirl at 8:39 AM

Around the World said...

Your blog has been included in our guide.

The criterion for inclusion here is that photographs mainly from a specific geographical location have been posted at dated intervals, and archives are searchable by date. Although originally arising from the CDPB lists this is an independent publication. Inclusion here does not imply that a blog is officially a CDPB.

Please keep us informed of any changes to your details.

MB,
I'm guessing here, but I live in a brick farmhouse built around 1890.

The schoolhouse was probably framed with 2 x 4s and planks, and then faced with brick. Also, the insulation may be sawdust and mud. ;-)

Thanks for the laugh about cooties! That looks like a very serious and solemn schoolhouse. A place of "no nonesense" behaviour. I imagine when that bell rang everyone came running. And I can just picture the school marm standing watch as they all filed in through the proper doors.

What a quaint building.. the bell tower is a beaty. Whats is/are 'Cooties'...?

Tom,
Cooties is a slang term used by US and Canadian kids for an imaginary affliction. When they realize boys are different from girls and vice versa, kids claim children from the opposite sex will give them cooties if they touch them. ;-)

Funny is I went to a school in downtown Toronto that had separate entrances. And I'm sure it was because of cooties;)